HomenewsCommoditiesRussian Oil Continues To Flow To India And China

Russian Oil Continues To Flow To India And China 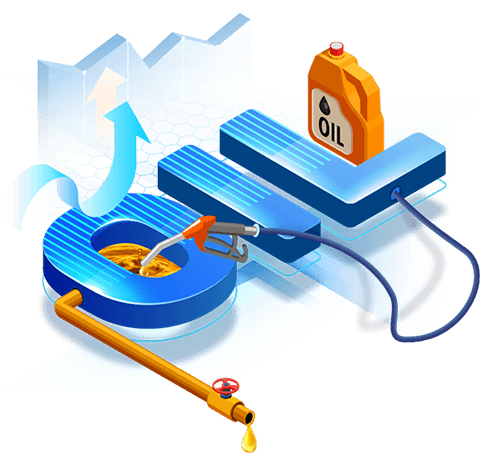 It has been exactly six weeks since Russia invaded Ukraine, with no end in sight to one of humanity’s biggest existential crises in modern times. In response to Russia’s unprovoked and unjustified war, the United States and the West have hit the rogue nation with a plethora of sanctions, with the latest announced just days ago mostly targeting Russia’s financial sector.

But so far, Russia’s pivotal energy sector has largely been spared.  With the exception of Lithuania and Poland as well as self-sanctioning by refiners and bankers, no country has yet to announce a ban on Russia’s energy products.

So far, Russian oil and gas exports to the EU remain largely unchanged since only the Baltic States have announced a 100% ban on Russian energy imports. Poland, a major thoroughfare for Russian energy supplies, has also been more proactive than most after it took steps to block Russian coal imports and announced steps to halt Russian oil imports by year-end. Poland–home to the ~1.3mb/d Druzhba pipeline that carries Russian crude to several points in Poland, Germany, and the Czech Republic–directly consumes ~330kb/d of Russian crude and imports ~9.4mt of Russian thermal coal in 2020, accounting for ~5% of Russian exports. The EU currently gets about 40% of its natural gas from Russia, which powers everything from household heating to factory production, and makes up around 25% of the bloc’s total energy consumption.

But that could soon change.

The flow of “bloody money” to Russia must stop, Kyiv’s mayor has said as the West prepares new sanctions on Moscow after dead civilians were found lining the streets of a Ukrainian town seized from Russian invaders. Since Russian forces withdrew from northern Ukraine, turning their assault on the south and east, grim images from the town of Bucha near Kyiv, including a mass grave and bound bodies of people shot at close range, have prompted international outrage.

The experts are now saying that the atrocities against Ukrainian civilians revealed by the withdrawal of Russian forces from areas north and east of Kyiv have made it very likely that EU countries will impose sanctions on Russian oil in the coming months. In the United States, Treasury secretary Janet Yellen has warned of “enormous economic repercussions” from the Ukraine war.

The million-dollar question right now is how disruptive a total ban on Russian energy commodities will be on Russia’s economy.

Unfortunately, a ban on Russian oil and gas by the U.S. and the EU might not be as damaging to Russia as the west hopes, with the presence of heavily discounted Urals proving too irresistible for some.

India has never been a big buyer of Russian crude despite needing to import 80% of its needs. In a typical year, India imports just 2-5% of its crude from Russia, roughly the same proportion as the United States did before it announced a 100% ban on Russian energy commodities.  Indeed, India imported only 12 million barrels of Russian crude in 2021, with the majority of its oil coming from Iraq, Saudi Arabia, the United Arab Emirates, and Nigeria.

But reports have now emerged of a “significant uptick” in Russian oil deliveries bound for India.

Matt Smith, the lead oil analyst at Kpler, has told CNBC that since the beginning of March, five cargoes of Russian oil, or about 6 million barrels, have been loaded and are bound for India. In other words, India has imported half as much crude from Russia in one month as it did in an entire year.

And, it could be all about the money.

According to the International Energy Agency (IEA), Urals crude from Russia is being offered at record discounts. Ellen Wald, president of Transversal Consulting, has told CNBC that a couple of commodity trading firms–such as Glencore and Vitol–were offering discounts of $30 and $25 per barrel, respectively, two weeks ago for the Urals blend. Urals is the main blend exported by Russia.

The experts say simple economics is the reason why White House pressure to curb purchases of crude oil from Russia have fallen on deaf ears in Delhi.

“Today, the Government of India’s motivations are economic, not political. India will always look for a deal in their oil import strategy. It’s hard not to take a 20% discount on crude when you import 80-85% of your oil, particularly on the heels of the pandemic and global growth slowdown,” Samir N. Kapadia, head of trade at government relations consulting firm Vogel Group, has told CNBC via email.

Still, it will not be lost on many readers that India has maintained a cozy relationship with Russia over the years, with Russia supplying the Asian nation with as much as 60% of its military and defense-related equipment. Russia has also been a key ally on crucial issues such as India’s dispute with China and Pakistan surrounding the territory of Kashmir.

China To The Rescue?

But India might not be the lone pariah helping finance Putin’s illegal war.

Given China’s experience with evading sanctions, you would expect it to be among the first countries lining up to lap up those cheap barrels of Urals. After all, it’s a badly kept secret that Beijing has been using all sorts of clandestine means aka ‘cloaking’ to import cheap Iranian oil ever since it was sanctioned in 2011. China is already Russia’s biggest oil customer, importing an average of 1.72 mb/d in 2021.

However, Reuters has reported that China’s crude imports from Russia in the first two months of the year actually declined 9.1% to 1.57 mb/d.

But this has got little to do with China suddenly acting sanctimonious or moral compunction. Rather, the notable decline has been caused by Beijing’s crackdown on smaller independent refiners aka the teapots.

In a dramatic reversal of fortunes, back in June, Beijing announced huge cutbacks in import quotas for the country’s private oil refiners. According to Reuters, China’s independent refiners were awarded a combined 35.24 million tons in crude oil import quotas in the second batch of quotas this year, a 35% reduction from 53.88 million tons for a similar tranche a year ago.

The big reduction came as part of a government crackdown on private Chinese refiners known as teapots, which have become increasingly dominant over the past five years. The move is intended to allow Beijing to more precisely regulate the flow of foreign oil as it doubles down on malpractices such as tax evasion, fuel smuggling, and violations of environmental and emissions rules by independent refiners. China’s teapots have been steadily grabbing market share from entrenched state players such as China Petroleum and Chemical Corporation (NYSE:SNP), also known as Sinopec, and PetroChina Co. (NYSE:PTR) ever since Beijing partially liberalized its oil industry in 2015. Teapots currently control nearly 30% of China’s crude refining volumes, up from ~10% in 2013.

But make no mistake about it: China has never been one to let a good crisis go to waste, and is widely expected to capitalize on the ongoing snafu.

“China is still importing Russian oil, but would likely increase its purchases if it can pay in yuan and at discounts. Basically, Russia is pressured because it is having difficulty selling its oil. China really would prefer much cheaper oil … prices are way too high even in the $90 range that’s too high for China,” she added. If they can buy Russian oil at a discount, and some of these discounts are pretty significant–$30 off the benchmark, then I really don’t see what would be stopping China from purchasing a lot of Russian oil,” Wald has told CNBC in an email.

The ESPO (Eastern Siberia Pacific Ocean) oil pipeline is one of several outlets for Russian crude. The 4,188km-long pipeline with a capacity of 58 million tonnes a year is even longer than the Yamal-Europe pipeline and exports crude oil from Russia to the Asian Pacific markets of Japan, China, and Korea.

ESPO could provide a lifeline for Russia in the event flows through the Yamal and Druzhba pipelines are halted. Yamal connects Russian natural gas fields in the Yamal Peninsula and Western Siberia with Poland and Germany through Belarus, while the Druzhba pipeline delivers crude oil from Russia to Poland and Germany through Belarus, Hungary, Slovakia, and the Czech Republic via Ukraine.

Luckily for the west, the IEA says uptake of heavily discounted Russian crude remains limited so far, with Asian oil importers for the most part sticking to traditional suppliers in the Middle East, Latin America, and Africa. Further, Russia is likely to struggle to fill the gap left by a ban on imports by the west, with the IEA estimating that as much as 3 million barrels a day of Russian oil supply will be shut in starting from April, while commodity analysts at Standard Chartered said it could take years for Russia’s vast energy empire to fully recover, if ever.

By Alex Kimani for Oilprice.com

how can we help you?

Contact us at the Roche Fintech office nearest to you or submit a business inquiry online.

Are your competitors talking about you in their boardrooms? Can every employee articulate your strategy and are they empowered to execute on it?

Since Roche Fintech’s founding in 2016, strategy has been our core business. We work with companies in every industry to develop strategies that deliver results.